If It Makes You Happy: Emotional Expression in Negotiation 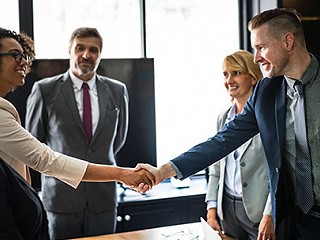 Think you can tell when someone is faking?

I m referring to emotions, of course - and how well you can read a person s expressions, or fake your own, may make or break your next negotiation.

Emotional expression (displaying emotions) is distinct from emotional experience (how you actually feel). According to some fascinating studies, that difference has important ramifications at the negotiation table. In a Stanford University study, Marwan Sinaceur and Larissa Tidens observed that negotiators facing opponents who expressed anger - even if they were not actually angry - made more concessions than when their opponents did not express anger. Even more interesting, those who expressed anger not only received more concessions, but also retained their ability to create value.

No, this finding doesn t mean that you should angrily yell your way through negotiations. But this study suggests that whether you tend to have a poker face or wear your emotions on your sleeve, knowing when and how to display emotions can be a powerful negotiation strategy. The results also show the importance of taking a step back, rather than automatically reacting, when your adversary displays a strong emotion of any kind. He or she may be strategically displaying an emotion to elicit a response from you.

Understanding the tremendous impact of emotional expression on negotiation can also give you the tools to turn a negotiation around, as Fritz Strack, Leonard Martin, and Sabine Stepper learned in a well-known study. They found that subjects rated cartoons as funnier when they held a pen in their teeth (an action using the same muscles as smiling) than when they held a pen with their lips (which makes smiling virtually impossible). It s no wonder that something as simple as smiling, even if you force it, is known to reduce anxiety and stress.

How does this finding translate to the negotiation table? Since it s human nature for people to mimic one another s facial expressions, body language, or speech, your smile can help put your adversary in a better mood. Your positive expression (even if you re screaming inside) can help put your adversary in a more positive frame of mind - which may make him or her more likely to see things your way.

Let s be frank: suddenly flashing a big smile in the middle of a heated negotiation won t work (and would probably be creepy). But as suggested in a recent post by the Harvard Program on Negotiation, these lessons can help you frame your negotiation by expressing warmth and friendliness at the start, to set a positive tone. Then, as the negotiation goes on, you may display frustration or anger to tip the scales your way. When it comes to emotional expression in negotiations, honesty isn t always the best policy.