Though the pace of completed corporate divestitures was rather slow in 1Q 2018, 463 divestitures totaling $149.0 billion have been announced but have yet to close. We expect divestiture activity to increase during the remainder of the year, as companies look to slim down after the recent buying binge. 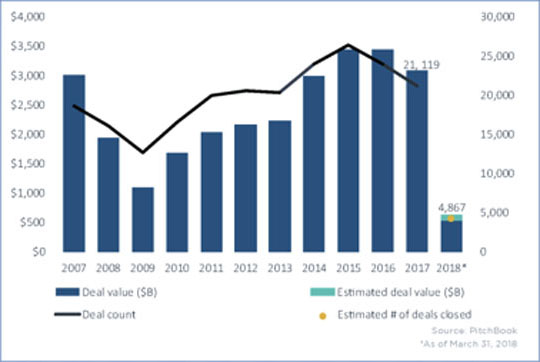 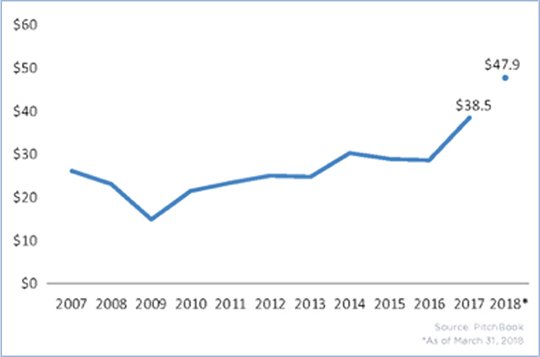